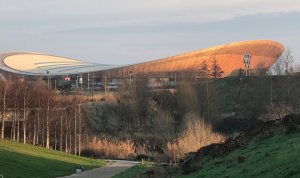 The recent headlines from Basketball star Temi Fagbenle have reignited the debate around the UK Sport "No Compromise" approach to funding elite sport in the UK.

We have a long history at the Sports Think Tank of trying to keep this debate alive.

I was lucky to have been involved in both DCMS and the Treasury Ministerial teams ahead of the 2012 Olympics & Paralympics. We made some of these decisions to invest both Exchequer and lottery funding into UK Sport to deliver a successful Games for Team GB. Even in 2006 my understanding was that there would need to be a return to some sort of normality after 2012 for many sports that gave up their funding for the 2012 Olympic cycle. This was a system designed specifically for the 2012 Games. We needed to do well across all the sports at the Games and so we needed to respond. So we funded a variety of sports like basketball, volleyball and handball that were given a glimpse of what funded programmes mean they could achieve. We need to recognise that some of this was done by removing funding from other NGBs who received funding in the past for their world championships. They were told this was a temporary mesure for the 2012 cycle.

I was always of the opinion in 2012/13 that the debate needed to take place, within sport and with the wider public about the future direction of elite funding. However, the success of 2012 showed we could create a 'system' that could deliver amazing results and we pursued a pathway for desiring even more success for Rio 2016. It was of course a system that was well resourced.

However, the decline of lottery sales and a long period of austerity which is starting to hit grassroots sports even harder has put another sharp focus on what we are trying to achieve with this single minded desire to win medals at Olympic sports only? The discussions around Duty of Care added another dimension to our No Compromise medal focussed policy.

To be fair to UKSport they have been given a simple and measurable task – to deliver medals and they have been measured on that success. They have been fantastically successful at the task they have been given. Any changes to what has undoubtedly been a successful system, for which I take some responsibility; will have to be made at a political level. As a former politician I can fully understand why no Sports Minister wants to the one responsible for Team GB slipping backwards in the Medals table in Tokyo, Paris and LA.

This is why we need a proper open transparent debate as a nation about what we want from our investment. It needs a consensus from politicians, public, sports and the media to buy into any new approach and not play politics with any medal tally decline or a media campaign which creates a blame culture for fewer medals and Britain's 'decline'.

The previous attempts at consultation were run for UKsport. They are worth looking at. They do show a strong degree of support for winning medals. But as we all know consultations depend on the questions we are asked.

We think the time is right again to think gain and put out alternatives for the public to consider, otherwise we will be stuck into the focus of wining medals for Paris 2024 after Tokyo. We need to make a long term decision and if we are to change the focus of funding it needs a long lead in time to help sports make investment decisions and work with their staff. Cuts to NGBs in 2016- 17 were poorly handled for example. If there is change it need to be done WITH the NGBS not TO them.

Here are the questions that were asked last time and we generally think they are relevant again today.

Should the primary focus of our investment policy continue to be delivering medal success as the key outcome, or not?

QUESTION 2 – IN WHICH SPORTS SHOULD UK SPORT INVEST?

Should our investment approach continue to focus solely on Olympic and Paralympic sports, or not?

If not, should the approach be broadened to include other UK-level sports or disciplines? What might be included and why?

QUESTION 3 – MAXIMISING THE IMPACT OF INVESTMENT

In your view what factors (besides medals and medallists) can or do demonstrate 'success' in high performance sport, and how would you like to see UK Sport incorporate these into our strategy?

Should UK Sport consider investing in or supporting sports or athletes who are further down the performance pathway i.e. those who are more than eight years away from winning a medal, or not?

If so, on what basis could UK Sport invest or provide support?

In the context of having finite resources, how would you suggest that UK Sport prioritises our future investments? What should be our top investment priority following the Rio Olympic/Paralympic Games?

Do you have any further ideas or views on what we might do improve our investment approach in high performance sport?

We would add a few more about the wider views of investment in other sports, and what other values we attach to our investment - for example linking to grassroots participation

But we want to work with you to collate a wider view of the policy - not just from those who benefit now or feel they might benefit from a change in funding.

We know there are some who argue we shouldn't have an elite funding policy at all given the current state of grassroots funding and sports facilities. We believe it is possible to have both - but what that looks like is open for discussion.

let us know your thoughts!