What Future for Basketball in the UK

What Future for Basketball in the UK 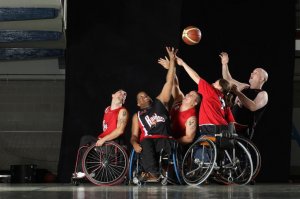 Potential has become a dirty word within basketball in the UK. There's another word around basketball too – cynicism.

When as a sporting system, you build up a game uniquely able to represent BAME communities prior to 2012 and then drop it like a stone afterwards, you can understand why. All three criticisms of the sport funding system – medals over participation, biases against team sports and in favour of "posh" sports – affect basketball. Here's the history.

In 2006, British Basketball was created as a performance body and received UK Sport funding, roughly worth £1.5 million per year. Until that point, basketball in Britain had been run by the home nations. It is perhaps worth noting that UK Sport did not award funding to Basketball England as the largest.

Neither GB team were embarrassed at London 2012 – not bad on just six years' development from scratch in a hugely competitive global game. True, Britain are not alongside established European nations such as Spain, Lithuania and Serbia then or now, but they are competitive on their day. But now time appears to be running out after yesterday's debate in Westminster.

After UK Sport withdrew funding in 2014, some money from Sport England and British Basketball's commercial efforts helped keep the programme alive, but on a sharply reduced budget. Now Sport England has washed its hands of the matter.

Frankly, it is not far off a miracle that the programme has survived this long, but what to do?

Basketball's chief complaint of constant under-funding is true, as is the stunning lack of responsibility taken by the authorities. Compare basketball's lot (£3.5 million a year since 2009) to more commercially successful sports such as cricket (£10.5 million), rugby union (£7.7 million), netball (£6.5 million), rugby league (£6.1 million) and hockey (£3.7 million).

Any UK Sport funding is not taken into consideration. Instead though, those funds come entirely from Sport England. Basketball England receives the lion's share and its latest award numbers £4.7 million over 4 years.

Yet BE remain an organisation that has the uncanny knack of finding ways of how not to run a sport and this leads to the point as to why basketball has not developed a sustainable future.

The entire strategy of British Basketball has been to bring the game together, led initially by the experience of Nick Humby and now its chief executive Lisa Wainwright. Scotland, Wales, the BBL and the NBA's UK operation have shown eagerness for the approach.

But to succeed commercially, the game needs to present a united front and there is no evidence that at senior level, Basketball England have any desire to do just that. There are also significant failings there as an organisation.

Since 2009, £8 million of Sport England funding has gone to BE since 2009. Unusually, it's also been heavily involved in the recruitment of key people at BE, most notably chair Clare Wardle and Stuart Kellett, in his first role as a CEO since moving from British Cycling.

But despite supposed oversight, a culture of waste has never really gone away, without any uptick in BE's reputation. Its recent Director of Governance stepped down recently.

In a sport where cash is tight, generous salary packages for senior staff have been approved. A "digital project" - or as you and I call it, a website - cost an eye-watering £250,000.

BE also remains responsible for talent programmes, building towards junior team representation thanks to Sport England funding. But national teams competing in European competition now represent Great Britain from U16 level upwards so where should the money actually be going?

Furthermore, without any justification, Sport England's grant of £300,000 to British Basketball from already allocated Sport England funds miraculously turned into 50% grant/50% loan. I'm as concerned at the splashing of cash as to how this was approved by Sport England.

In an age where more must be done with less, BE either have to come on board or be told to come on board. Because of its record in recent years, if BE is recommended to take over the national teams, I can guarantee that proposal will meet with the strongest of opposition.

If necessary, the Sports Minister should arbitrate on the fundamental issues – the relationship between Sport England and BE, the authorities' unwillingness to take responsibility and above all, Basketball England's failure to accept the game's direction of travel – and enforce it, if necessary.

Establishing a commercial, sustainable future for the game without public funding needs everyone genuinely pulling in the same direction. It's not possible otherwise.

Despite the medal successes, the funding system for sport in this country is broken and it will only get worse as budgets are squeezed. Basketball and other sports who have been treated disgracefully since 2012 will continue to lose out unless drastic action is taken.

The situation is a mess and it's not entirely of basketball's making.

A former Communications Manager at British Basketball and now writing in personal capacity.