Sport and the Taking Part

Sport and the Taking Part 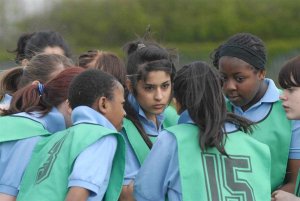 "It's the taking part that counts!" - a refrain heard from playground to sports field as coaches, teachers and parents talk to young people before and after taking part in sports across the country.

Having spent 15 years involved in grass roots sport I have personally heard this many times as adults look to look to instill the positive benefits of sport to all young people.

I've even been known to say this myself, and I spent 6 years helping deliver Europe's largest youth sports competition. It is fair to say competition is in my DNA.

If "the importance of taking part" is our message to young people, it makes it puzzling why our sport policy is focused on how high we can make it up a medal table, in what is a partial list of global sports and where the medals on offer per sport are significantly different. The Olympic table is not a comprehensive measure of a nation's sporting success or quality.

The number of medals available in the discipline of track cycling alone outweigh those in basketball by 5 to 1, so instead of our port policy being dictated by how those in Lausanne allocate medals, perhaps we should focus initially on those sports that matter to those across Britain and in particular to those who we hope to inspire through sporting success.

Like the rest of the nation, I really enjoy our sporting successes. From Murray winning Wimbledon, to Team GB in Rio and the lesser known successes like our mountain bikers, where some of our women have dominated the sport in Non-Olympic disciplines.

Lottery funding has helped our Olympians achieve success and I am one of the first to be cheering the Rowers, Athletes and Cyclists on in person or from the comfort of my sofa. I am also one of those who watches in admiration as we develop world class performance programmes, focusing on finding legal performance edges wherever they can be found.

Moreover, I believe in setting goals in sport and beyond. I would want all involved in performance sport to have the objective of international success and setting medal targets is an important element of this.

But there's more to sport than celebrating the medals we have won.

Maybe it is my long suffering support of Newcastle United that drives this, but I also love to see those with the shirt on their back and the flag on their heart compete to the best of their ability. I have "my sport" ofcourse, or fairer to say "My sports". But from Cricket to Curling, I enjoy watching those "in the arena" - seeing the joy of victory and taking solace in defeat. I know the communities who are involved in these sports take great pride in seeing their representatives in international competition win or lose, as long as we see 100% effort.

That's one reason I want to see us field teams across the major sports in international competitions.

If you recall the celebrations in Iceland when they beat England in the Euro Championships, you will also remember that they didn't win the competition and they didn't pick up a medal. Closer to home, we saw the pride of Wales in the same competition. We marvel at nations where their successes are celebrated, because they have achieved more than they expected, not because of the medals they won.

That's what I want. And I think I speak for so many in the basketball community when I say, that's the pride in the nation that I think they want to feel. That sense of competing with the leading nation's, putting our best selves forward and occasionally overachieving.

It is fair to say we are not currently a powerhouse in the sport. When you are competing in arguably the number 1 sport in USA and in a sport where there is such a rich heritage in large nations, like France and Spain, medals are not a guarantee.

But… Both the men's and women's teams have shown that we can compete for example the "nearly there's" in London 2012. And we know we can occasionally overachieve. Our women's team's recent results got the international basketball community sitting up.

We also know that with a long term plan, and the natural talent that we can produce in this country, that we have the potential to be right up there with Spain, Greece and France. In Luol Deng we have an NBA All Star who began playing community basketball in Brixton.

I would like to give those in the British Basketball community the same opportunities as the Icelandic football fans. It is no small community. Over a million of us pick up a ball once a month. But here's the problem...

This community rarely have a voice. Many are young, can't vote and come from deprived communities around the country. This is why all of us who love sport need to speak up for this under-represented sporting community and give them the voice that other, better connected sports have.

The debate on UK Sport funding is not about denigrating the achievements of some of our Winter Olympians. It is about enfranchising every sporting community in the country to have their own share of success, or heartbreak and maybe even their own medals to celebrate.

I, for one, will be hoping that the emergency summit on basketball funding comes out with a positive result and a long term plan.

From our Guest Writer Russell Findlay