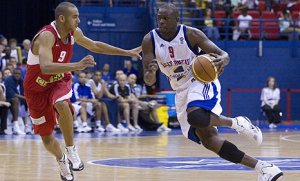 After months of heavy campaigning inside sport and parliament DCMS and UK sport made an announcement of funding this week for the GB Basketball. The Sport had claimed it needed £1m for its teams to compete on the international stage in the build up to the Olympics in 2020.

The funding comes with strings

This includes the sport agreeing an effective governance structure, including ongoing compliance with the Code for Sports Governance, and production of commercially sustainable financial plans. In addition the sport will have to evidence the inspirational social impact of this investment to capitalise on the sport's unique reach into young, urban and diverse communities.

The unique funding support package is not part of UK Sport's existing Olympic and Paralympic world class programme investment and therefore no Olympic medal target range is attached to it.

These words are important because the decision to fund Basketball flies in the face of the ruthless #nocompromise approach taken by UKSport (as the behest of DCMS) to solely concentrate on the winning of medals at Olympic and Paralympic Games at the expense of everything else. Whilst this claims to be outside that funding - so they can continue to say its all about #nocompromise this does enough to show they are able to think differently?

For some time we have been calling at the Sports Think Tank to re-think and rewrite this policy to include wider issues such as the inspirational impact and reach of a sport to be taken into account. Whilst the wording of the release of this funding tries to make it clear this is 'unique' policy makers will know they have now just broken the log jam in thinking.

At the Sports Think Tank we stand ready to look at the issues independently still surrounding Basketball and the dysfunctional nature of its governance at various NGB and commercial levels. This has meant funders have been able to stand back and point fingers for too long. We have covered some these issues on the website before and accept there is a challenge. But the battles in Basketball are mirrored across other sport where the issues of NGB clash with commercial interests and elite v Grassroots. You only have to look at Footballl from Premiership to grassroots or the battles at the ECB at the moment.

We are pleased this has happened as it makes all sorts of changes in policy possible now as UKSport start their consultation over the future of its funding priorities after the 2020 Games in Tokyo. We hope they and DCMS continue to allow debate and so adjust the model. The obscure medals won at enormous cost in the Winter Olympics were perhaps the straw that broke the camels back. let's hope so.