No Compromise - an Opportunity to Rethink and remodel

No Compromise - an Opportunity to Rethink and remodel 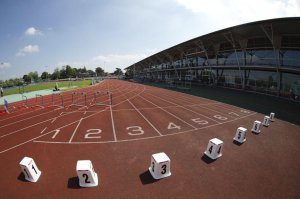 The news that UK Sport have finally announced their consultation into the future of their funding as part of the 2020-2024 Olympic cycle has to be welcomed - especially from those of us who have been uncomfortable with the consequences of the current policy on athletes and sports.

I have to declare an interest. Along with a wide variety of people inside sport and government I helped secure the additional funding UK Sport were requesting to create the No Compromise approach in 2006. At the time I had moved from DCMS to the Treasury and worked to secure the additional money required to help us deliver our medal potential in 2012. However, at the time I always knew the package was designed for the 2012 Olympics cycle, and that we would have to look at this again after the Home Games. We now know of course the 'success' of this policy has been so overwhelming at delivering the medals we sought. But even in 2013/14 at the Sport and Recreation Alliance and here at the Sports Think Tank we started to ask questions about the future direction of 'No Compromise' and its implications. Our main concern was about sports that had been given a lifeline for London 2012 and then dropped and then as funding got tighter we have asked about the consequences for team sports with a longer development timeline.

The problem with No Compromise is that of course it makes the system completely binary. Of course if you are a winner from the system why would you change and I completely get that. But even some NGBs who were winners from the system were willing to agree change was needed to secure longer term public support for the level of funding going into some sports. For many the Winter Olympics was a bit of a turning point as basketball and a number of others like Badminton lost their funding.

Today is not the time to set out everything and like UK Sport we want a proper and full debate, so we will welcome input from all sides of the argument, whilst admittedly already making it clear we do believe we can't just carry on narrowing funding on a simple medal chase at Olympics and Paralympics in the Summer and Winter games. Surely there has to be more than a position in the medals table for our investment. Most of our debate was started well before issues of athlete welfare were raised.

If you'd like to contribute to our debate we would love to hear from you!