Embracing the Digital Revolution - Why Are We So Far Behind

Embracing the Digital Revolution - Why Are We So Far Behind 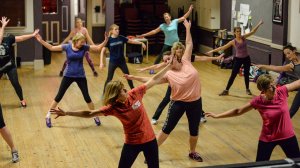 Leaders in the sport and physical activity sector have called upon colleagues to embrace technology to make it easier for people to get active.

A ComRes survey commissioned by us found that people find it twice as easy to order takeaway food online than to book a sport or fitness class.

To help the sector innovate, open their data and develop their digital offering, we're awarding a further £1.5 million of National Lottery funding to the Open Data Institute (ODI).

Their Chief Executive, Tim Hollingsworth, has called on sport and physical activity providers to commit to opening their data – in the same way transport providers have done, leading to apps such as CityMapper – by the end of the year.

But we've been saying this for several years since the first failed attempt to fund something in this area - Who remembers SPOGO? I am fully behind this opening up of data because as a sector we are so far behind those we are competing against for what I call the leisure £ and hour.

Embracing technology and the digital revolution is not an option. The only consideration is how fast we try to catch up with what is on offer elsewhere, whether that's Netflix Uber or Dominos Pizza. Life is far too easy to do from a couch.

Quite rightly we have to get the consumer experience right once we arrive at our choses destination or offering but making it hard to find, book and take part is the first part of that journey too many of us get horribly wrong.

There are many good examples and I am working with some great innovators right now who 'get' all of this and in the interest of balance we will cover some of these at the Think Tank over the coming months.

But in the meantime. We urge the entire sector to start doing what it can to make this open data revolution happen sooner rather than later - or we will be left further behind.

Fascinating figures on sport and exercise attitudes. What we've been doing, which sports brands have done well - which like Sport Direct have had serious reputational damage & more difficult news for gyms on how uncomfortable people feel about going back ow.ly/cYCM50zSzoR