The Strategy is just the start

The Strategy is just the start 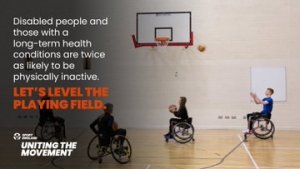 So we have a new 10 year strategy for Sport England and endorsed by the Sports Minister at DCMS. But as we all know with a strategy launch this is just the beginning.

Firstly I would put down a marker to say I am deeply impressed by the process of the development of the strategy (despite its delayed start due to a General Election and the onslaught of a Pandemic on the sector). As I tweeted yesterday none of the strategy was a surprise because the process had been open, honest and transparent. The end product is what you could see on the website for the last few weeks around the key themes!

Secondly it's great it is an evolution of the current direction of travel since the Sporting Futures strategy and thankfully aimed at a 10 year timeframe. At last! However, the prospect of governments (or Ministers) changing affects how sure we are of a 10 year strategy being possible in reality. Fingers crossed. But that is part of our job to show to politicians and government it is right, its working and to build on success not tear down and start again. I have always been realistic that it is hard to convince a newly appointed Minister not to do anything or 'something'. You get 2.3 years on average. You want to make a mark. Who wouldn't? We need to show the overall direction doesn't need switching back and forth as we have for the last 20 years.

However, we are also very keen on developing the delivery mechanisms of the strategy. As recent research has highlighted there have been some 14 Obesity Strategies in the UK over the last 30 years containing 698 policies. I think we could all agree they have not been universally successful. We would argue this has been a result of a number of factors including the timidity of successive governments to tackle the vested interests, to avoid been seen as the 'Nanny State' as well as the strategy launch being seen by too many at the heart of government as 'job done'

We know full well that the team at Sport England really understand this and there will be further changes in culture, approach and organisation as the strategy is rolled out. But it won't be easy. It seems from reaction that most people welcomed the launch. But there are some tough choices ahead and when some of these impact on funding levels for those who may have been used to the old approach some of that support could slip away quickly. Those of us who support the central themes of this strategy need to support its implementation even when the going gets tough.

Now we have another period of detailed check and challenge and consultation as the Business Plan is developed, why not share your thoughts, aspirations and fears with us? We exist to help create a space for healthy and constructive dialogue. Let us know your initial reactions and how you will be working differently.

This strategy does build on a direction of travel away from purely delivering 'sport' in its traditional sense. Many of our supporters have questioned whether 'Sport England' is still the right title. We know this journey. Our own name of the Sports Think Tank doesn't really convey the breadth of our own interest in wider policies of physical activity. movement, wellbeing and health inequalities. But we think it's more important to spend time and energy on tackling this issues and not navel gazing on a name. if we ever get a breathing space we might consider a re brand but in the meantime we will concentrate on the issues!