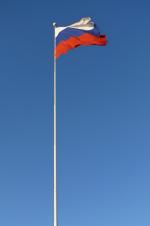 There has always been an issue of sport and ethical considerations. Sport has been used by nation states for generations. This issue isn't particularly new. What would todays athletes make of the decision to compete in Nazi Germany in 1936?

So we are making a little more space for discussions around the ethics of sport. We are here as a critical friend of the sport sector so it does mean we will not idly stand by when we see unethical behaviour and the pursuit of money above the values of sport.

The invasion of Ukraine by Russia is testing that resolve.

I know we all feel slightly useless at times like this. We want to do more than tweet hashtags in support of Ukraine 🇺🇦. So Dan Roan is right. Sport has a role to play as Russia has used sport for soft power for a generation.

Withdrawing sport events and banning Russia will have an impact as ordinary Russians will ask questions of their leaders. But we need to go further & deeper by extracting Russian influence from all our sports and that will include £finance. Well done Man Utd for dropping Aeroflot for example.

It will be a test of sport and ethics. Sadly I don't have much faith in some sports bodies to look beyond their £€$. So let's watch carefully and judge over the coming days by what steps are actually taken. This is an opportunity to put ethics back into international sport before we are all turned off by the grubby 💰