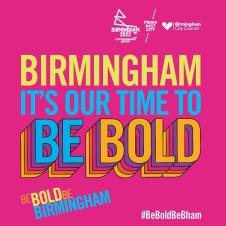 As we get closer to the start of the Birmingham 2022 Commonwealth Games focus is once again turning to 'Realising the Legacy' as the organisers emphasised in their media. As we are a decade on from the London 2012 Games it is a good time to reflect on what we have learned about ambitious 'Legacy Plans' or the L word!

Whilst we wish the organisers well we are also quite realistic about the substance behind these warm words.

Birmingham wan to be 'Bold'

Our own 2012 London Games Survey is showing what people really think about the warm words spoken before 2012.

If Birmingham get this right we have no doubt they can physically transform areas of regeneration and build a legacy of hosting more international sporting events. We know there is an economic boost felt by the local economy by these events, and Birmingham is well placed to benefit.

But we know that other bold ideas are hard to maintain after the Games has moved onto the next City. Engaging a generation of schoolchildren is obviously a great ambition but we remain to be convinced what this will look like by 2032!

We remain convinced that sport can be part of a transformative approach for communities and individuals if used properly, but it is not possible on its own. Sport and physical activity can play a role in a local system change, but can a Games really deliver an 'Accessible fitness and wellbeing boom' ? We remain to be convinced.

Once again @jonathanliew beautifully exposes the uglier side of elite sport.

‘acting as the public face of a regime accused of murdering the journalist Jamal Khashoggi, the former world No 1 Greg Norman replied: “We’ve all made mistakes” twitter.com/NewStatesm…

Lionesses’ legacy at risk as school PE fails girls, experts warn | Sport | The Guardian
None of this is a surprise sadly.
theguardian.com/sport/…

Girls should get the chance to play football at school – but PE needs a major rehaul for all students theconversation.com/gi…