The Johnson Legacy for Sport and Physical Activity?

The Johnson Legacy for Sport and Physical Activity? 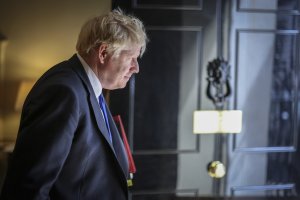 As the Prime Minister is forced from Downing Street by his own backbenchers there will be plenty of time for reflection on his record in office over the coming months. Whilst his period in office was dominated by Brexit and Covid how did his government do on sport and Physical Activity?

We will be asking leaders across sport for their views and reflections. How do we measure his record against the 2019 Manifesto?

During Covid there seemed to be a growing recognition of the role that physical activity could play in recovery and tackling inequalities was often mentioned but was anything substantial delivered?

Behind the headlines on integrity, lies, Partygate, ethics advisors quitting and appointing a known sex pest the machinery of government can sometimes still function effectively. Has it over the last 3 years since the 2019 Election?

We think the picture has been pretty poor but with some 'highlights'. We have had Football Foundation facilities investment from the £550m promised in the manifesto. Not there yet but much is on its way including £20m for tennis. We have had a Fan Led review and mentions of Football Regulation. Safe Standing trials are underway and we are sure a successful Commonwealth Games will be held in Birmingham in July and August.

But the lack of recognition for the wider sector in lockdown and during the covid recovery period has been noticeable. Whilst a package was put in place industry leaders were bitterly disappointed at the levels of funding made available. Whilst money was made available to eat out nothing on a similar scale was available to stay healthy!

There are a series of major challenges ahead as parts of the sector become unsustainable and yet little acknowledgement or planning seems to exist to face the size of the crisis in leisure, swimming pools and facilities.

We have had extensions to school sport and PE funding - but very late in the day and only on an annual basis. The invasion of Ukraine has led to to sanctions against Russians including of course the high profile of Chelsea football club being taken over!

The period will go down as a period of warm words towards the idea of staying healthy but with little direct policy action that reflects the scale of the issue. The 'boosterism of Johnson always covered the lack of substance on his watch further decline has taken place. Once again Sport and Physical activity and the contribution it could make to to the wellbeing of the nation is not being fully utilised.

Let us know your thoughts. Have we moved forward or backwards over the last 3 years?