Working with our partners Loughborough University London and London Sport, the Sports Think Tank is hosting a series of roundtables on topical sports policy issues over the next year. We are always interested in ideas for the roundtables and symposiums so please get in touch if you are interested in working with us on an idea or helping sponsor an event. We exist to help the sector grow, learn and improve.

A Review: Duty Of Care In Community Sport Settings 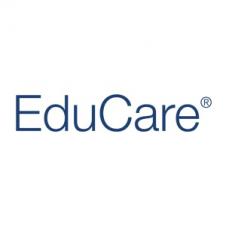 Supported by EduCare (experts in safeguarding and duty of care ), the purpose of this Chatham House style roundtable was to discuss the findings from the Sports Think Tank's recent report investigating the level of duty of care understanding in community sport settings. Gathering a select group of Loughborough-based senior executives from various sport bodies, we explored the challenges facing the sector and how to meet the report's recommendations in order to create a more effective and robust duty of care landscape.

Physical Activity - What's Preventing Us From Completing The Policy Jigsaw?

The purpose of this roundtable was to encourage cross-sector thinking on physical activity, drawing on the Well-being of Future Generations Act 2015 (Wales) and the Active Travel Act 2013 (Wales) which was intended to improve the social, economic and environmental and cultural well-being of Wales.

The imperative for cross-departmental thinking and a joined-up policy approach is not new however it is extremely challenging, particularly as the political landscape remains in some turmoil as a result of Brexit. This roundtable brought together a number of those involved in the development of the Welsh policy and a wide range of different sectors including local government, public health and sport.

Is Culture The Next ‘Marginal Gain’?

Chaired by Richard Parker (former CEO of BBSA), this business breakfast addressed 'culture' at the elite level, and explored how this should evolve to ensure Britain's continuing sporting success in the future.

The panellists included an Olympic Sportsperson, and performance experts from the FA, RFU and Team Sky who agreed that culture arises from 1) What you are trying to do, and 2) How you are going to do it. Elements of a successful culture were highlighted and a key aspect of the discussion was whether people buy into a higher purpose, something greater than winning, or if a team just succeeds on team members' passion for what they do. The session concluded with a discussion about story-telling which was championed by all the panellists as a vital method by which culture is strengthened and maintained.

Blog Part 1: Is culture the next marginal gain?

Blog Part 2: Is culture the next marginal gain?

Sponsored by EduCare, this Chatham House style roundtable explored what the Duty of Care in Sport report (April, 2017) means for community settings with key representatives from across the sector. Much of the media focus has quite rightly been on safeguarding, elite athletes and player pathways. However, what are the implications for community clubs, charities, foundations and NGBs?

The roundtable focussed specifically on the following key themes:

The Business Of Sport And Brexit

The Sports Think Tank hosted a roundtable discussion on Brexit and its potential impact on the sport sector. Representatives from various parts of the sector gave their views on the most important aspects of Brexit for the future of sport and its associated businesses in the UK.

In our partnership with the Sport and Recreation Alliance and UKSDN we are creating space for healthy debate to take place on some key issues of our time. We have called this series 'Conversations with Purpose'.

For over 40 years public policy in the UK has sought to influence and increase participation rates in sport while reducing the social and economic inequities associated with participation. The levels of investment have been substantial - in the billions rather than millions of pounds. Yet even the most optimistic observer would have to conclude that the results – when viewed in aggregate at least - have been disappointing.

The 2015 Election: What Are The Sport Manifesto Priorities?

As part of The Sports Think Tank's wider, ongoing research into the views of those in the sport sector on what the political parties should put in their election manifestos for next May, a roundtable discussion was held to debate some of the key issues. Taking part in an expansive debate were representatives from NGBs, the commercial and third sectors, alongside prominent sports academics. Among the main points of the discussion were the changing roles of the DCMS and Sport England; the future of sports and leisure provision from local government; and the complex and fragmented nature of the sports sector itself.

The Future Of 'Small' Sports: How Will Broadcasting Technology Affect Their Ability To Generate Fans, Funding And Finances?

Demand for sports content has never been higher but it is not spread equally, making the commercial success more elusive for some. Sponsored by British Eurosport, the Sports Think Tank asked an elite group of sports organisations to say how they saw broadcast technology affecting their futures.

Kevin Jefferys, 'Sport And Politics In Modern Britain: The Road To 2012' 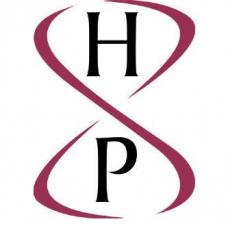 History & Policy and the Sports Think Tank present: "Sport and Politics in Modern Britain: the Road to 2012", by Kevin Jefferys. As London prepares to host its first Olympic Games since the famous 'austerity Olympics' of 1948, the contrasts between the two events could not be greater. In 1948, there was no 'government sport policy' and no Minister for Sport. There was little state support either for the Olympic bid or for the cost of running the games.

The Future Funding Of Sport

Prior to the 2012 Olympics, The Sports Think Tank welcomed a number of high profile figures, from a wide variety of sectors within the sporting world, to debate the funding of British sport, recreation and physical activity and what it might look like in the future. We asked our guests a number of policy questions:

Give Us Our Ball Back: Reclaiming Sport For The Common Good

The Sports Think Tank and Theos marked the launch of their jointly published report with a roundtable to assess the changing face of sport in modern society.