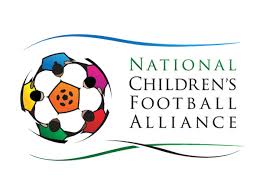 With the World Cup in progress in Brazil it is a fitting time to reflect on why football is such a popular game. Although football is now a billion-pound industry awash with money, the real reason why it is the "world game" is that it is so very easy to organise and play. And it is free. All you need is some players, something for a ball and makeshift goals. What you see at the World Cup final is essentially the same as what's played in a backstreet in Ghana.

The theme this year is "Football & Peace" during the centenary year of the most important football game ever played during the Christmas truce in 1914 when, despite butchering each other only hours before, given the opportunity, soldiers reverted to childhood and played a game of football like that they played as children: two teams, jackets for goalposts and a ball-- the same game that is played worldwide by children in playgrounds, streets, parks and waste-ground.

Sadly, many children in this country have been priced out of playing the game, as joining a club can be expensive and then there is no guarantee that they will get a game on match-day. With the huge rise in traffic and the fear of 'stranger danger', street football and even kick-abouts in the park are becoming rarer. The majority of football for children is now organised by adults and usually there is a financial cost involved. With the advent of The Premier League whole swathes of the population have been priced out of watching football live and sadly this is mirrored by the struggle of many parents to pay for their children to play.

It is somewhat ironic that children in some of the most desperate places on the planet have access to free football while the more affluent a country becomes, the less access there is to free play. Free play, on their own terms, is the right of all children and the National Children's Football Alliance would like to make a plea to the government, The Football Association, The Premier League and any organisation that can make a difference to do more in making sure more children have access to free football.

The National Children's Football Alliance is running a children's football week from 19th -27th July celebrating football in its simplest form. We are running various FREE football events and encouraging everyone to take part whether it be 1v1 balloon football in the bedroom or a 2v3 World Cup in the garden. Everyone can get involved in some way or other. Everyone can do something. A parent can take their children down the park for a kick-about, ask other parents to bring their children and meet, say, once a fortnight. It is in everyone's power to do something. What can you do?