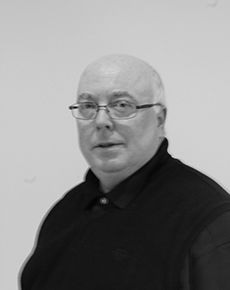 As many readers may now be aware, earlier this year UK Sport judged that basketball was incapable of winning an Olympic medal in the foreseeable future, and that all funding should be withdrawn from its performance programme.

Basketball wasn't alone because a number of sports were told the same thing. Most were team sports who, incidentally, were given a chance to build through taking host places at London 2012. Most went into London 2012 not just to participate, but to compete; to go where they had never been before and use it as an opportunity to continue their long-term progression.

Unfortunately the system had let down not only those sports that contributed so much to Team GB and the London Olympics, but also to the motivation and excitement of hundreds and thousands of young people across the country from so many different communities. They had been inspired and excited by seeing their heroes compete at the greatest sporting show on Earth. What lessons did removing that opportunity in the future teach young people? You're only successful if you win a medal? Don't worry about striving to be the very best, even if you're in a sport that is accessible to you locally, because we think it's just too hard? It really doesn't matter because we don't care anyway?

The point is that if you're going to achieve the unprecedented, there will be hurdles to overcome along the way. As the Rosetta comet mission has recently shown, 15 years of planning and a journey of 10 years can often be punctuated by many setbacks before dreams can be realized.

Taking my own sport, basketball has achieved more at international level in the last five years than it has done ever before. It now has a platform on which to build for the future, thanks to the Minister of Sport and Sport England who have had the foresight to see what the loss of the international basketball programme would mean more widely. They realized the counter-logic of stripping our sport of elite funding when it is the 2nd most popular team sport among 14-25 years olds and has the largest percentage of black and ethnic groups participating of any team sport – including football. Nonetheless, the system has let basketball and other team sports down and that needs to be put right.

We seemed to have lost sight of the fact that the elite sport's system has some £380m invested into it over a four year period. It would take less than 10% of this to fund emerging team sports. Of course, performance and progress would be managed by UK Sport and I don't think any sports would argue with that. The irony is that no team sports have said that they do not aspire to win world and Olympic medals. This is an aspiration that we all sign up to. But what we do need is funding flexibility to allow emerging team sports room to develop and ultimately succeed on the world stage. The present system does not allow this.

Ultimately I believe that we have to redefine success. Yes, it is about medals but it is also about other things that matter too. It's about motivating all sections of the community through sports that impact across the diversity of the population. It's also about those sports that provide a positive social impact and are achieving incredible things in cities and communities across the UK.

The International Olympic Committee (IOC) has embarked on a comprehensive review of the future of the Games because it acknowledges that it can't afford to stand still, that the world in which it operates is going through profound change.

If the recommendations set out in the IOC's Olympic Agenda 2020 are adopted, the potential for change at the Games is significant. Sports will need to resonate with and have appeal to young people. Change is to be embraced rather than avoided. It is what all great organisations and athletes do if they are to remain relevant. They adjust to changing times and circumstances. And that is what I hope we are seeing with UK Sport's elite funding review, which I very much welcome.

This is about seizing the moment and one of the greatest examples of doing just that is captured in John F Kennedy's memorable words from 1961 when he set the course for a Moon landing just eight years later:

Now is the time for those that set direction for sport in the UK to seize the moment and take a brave first step to put in place a meaningful and sustainable elite funding model for team sports like basketball. Government can play its part too by ensuring the right policies are there to support real changes in the system. Crucially, they can agree targets and measures which go beyond the headlines created by medals.

Team sports are relevant and resonate with young people so surely team sports should be given the chance to prepare and succeed now – "not because they are easy, but because they are hard". That's the true test of a system that moves with the times, that feeds imagination, and taps into much wider agendas along the way. We are now at a pivotal moment in elite sports strategy and funding and I urge decision makers to be brave, respond to a changing dynamic, and embrace positive change – just like any world class athlete would do; just like the IOC are doing.

RT @SportIndustry: The @premierleague has confirmed that they trial a saliva test to diagnose concussion🤕

It follows the publication of the SCRUM findings, which showed a saliva biomarker tool was able to accurately detect concussion in elite male rugby players🏉
sportindustry.biz/news…

UK Sport has confirmed an additional £11.2m of funding into summer Olympic and Paralympic sport to support preparations for the Paris 2024 Games.
ow.ly/o5q530s33Aq

RT @TimesSport: Premier League clubs will draw up plans to fight proposals to give more money to the Championship via a transfer tax, with chairmen arguing it could mean propping up the likes of relegation favourites Newcastle United | @martynziegler thetimes.co.uk/article…

A new app will be piloted in Wolverhampton which will offer incentives such as vouchers for shops, theme park passes, and cinema tickets for people who eat healthy and exercise more.
ow.ly/2jio50H1HSX