"Postponed due to pitch conditions" Grassroots football and sport participation

"Postponed due to pitch conditions" Grassroots football and sport participation 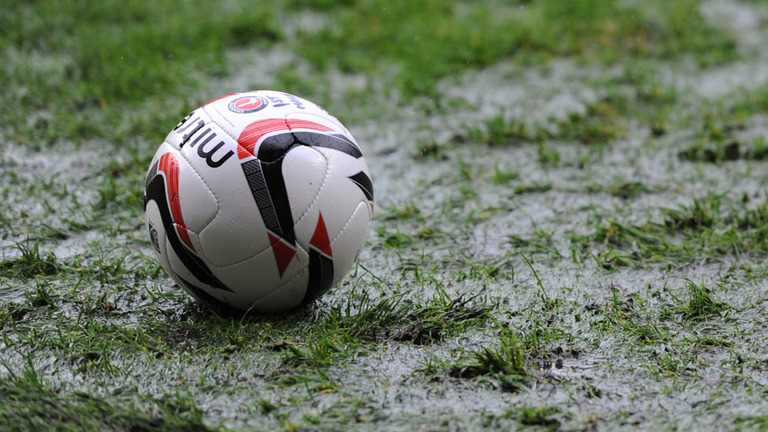 This time of year managers, coaches and players from across the country await the dreaded inevitable. Whether it be via an email, text message or a social media update, the crushing words "postponed due to pitch conditions", not only dampens the spirit of many, it reduces the amount of time people play. Even if a solitary game is squeezed in between the bleak weather conditions, the pitches are in such a poor condition that any notion of the beautiful game or the trending tiki-taka approach to football are well and truly lost.

It should come to no surprise that football participation is suffering. In the most recent Active People Survey 8, the largest survey of sport and active recreation ever carried out in Europe (since 2005/6 to 2013/4), football presented further declines in participation. The number of 16+ and 16-25 year-olds doing 1x30mins of moderate football has declined in 2013/2014 in comparison to the first survey undertaken (2005/6).

Did we expect anything different?

In 2014, as a result of failing to reverse the participation decline, the Football Association (FA) were dealt a £1.6m cut from the £30million four-year investment from Sport England. At the time, poor weather conditions, facilities and increased costs for clubs and the end-user (i.e., players) were attributed at factors influencing this decline.

What happened to the Olympic legacy

Yet football, one of Sport England's top 5 participation sports is struggling. But this was not supposed to be, given the shot in the arm of hosting The Olympics. In fact given the waxing lyrical rhetoric of the legacy, Britain's flagship sports should now be having a renaissance. So was the legacy impact a fallacy? As other sports including swimming has experienced similar declines in participation.

There are those that might say so what? Nonetheless sport participation is a driver of community cohesion and social capital, both bonding and bridging forms. Indeed, its ability to develop weaker ties out reaching to new sources of communication and resources has major impacts on life conditions for individuals, especially in relation to employment, health, and happiness. Few would disagree that we need more of or improvements on these three areas!

It is interesting that sports, including football and swimming rely heavily on local authority provision especially in grassroots delivery. Local authorities are core providers to grassroots sports, through pitch maintenance, development, facilities and upkeep. Local authorities are experiencing many problems relating to current economic climate and ultimately they have had tightened their purse strings. A result of this is reduced investment in grassroots sports provision and/or increases in pitch fees and the cost of facility hire. More drastically we are seeing the closure of sport and leisure facilities. Whilst it is difficult to measure the impact this has on society, it will certainly have a negative impact on social capital, belonging, and well-being, detaching communities from each other, increasing social tensions.

Football is receiving acclaim for successfully helping people and communities become more physical active, for supporting weight reduction and promoting inclusivity. Yet, this is not grassroots football; this is professional football clubs and their associated community functions (often registered charities). Furthermore, in Greg Dyke, for all his faults, there is a well-intentioned man at the helm of the FA, who does fight against inequalities. But he must show leadership on this issue as a matter of urgency. Yet others must become more connected if we are to halt this decline in the nations sporting participation.

But who is responsible for tackling this decline?

Should we be looking at the Premier League? The Government? Public Health England (this is participation and health issue too)? The FA? One can only wish for the 'all of the above' option, but a strategic, joined up approach might be too much to ask! As identified earlier they must become more connected in a cohesive network, and local community action groups must also be positioned in a prominent role within this network. A relational approach to the problem may be a solution, not perfect, but a solution.

At this present time, we can only hope that the FA's grassroots plan for investment in community football hubs and facilities is delivered on time and more importantly, is enough. Enough to induce a step change in the declining participation trend and helping more enjoy playing football more often.

Dr Dan Parnell is a senior lecturer in Sport Business Management at Leeds Beckett University and is an active researcher across the sport and leisure sectors in the UK and Europe with interests in the social role of sport. These opinions are expressly his and not those of his employer. Twitter: @parnell_daniel

Dr Paul Widdop is a research fellow at Leeds Beckett University. His research interests are in the consumption and production of sport, especially in relation to social networks, geography, and neighbourhood effects. These opinions are expressly his and not those of his employer. Twitter: @Fire_and_Skill

Plenty of discussion around social value of sport in recent weeks - what is it and why is it important? twitter.com/_leisurene…