A lasting legacy or an inspired generation?

A lasting legacy or an inspired generation? 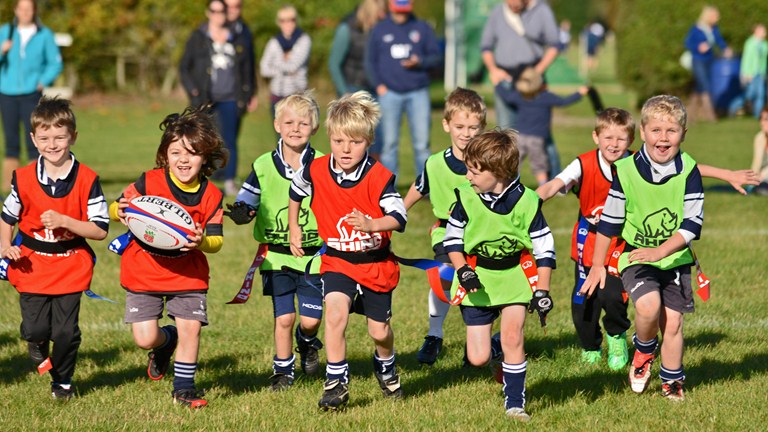 While Stuart Lancaster was focussed on capitalising on home advantage at the start of the Rugby World Cup, Steve Grainger is the one tasked to create a lasting legacy from the third 'mega' sporting event hosted by the United Kingdom in the last three years.

The impact on the country shows the economic benefits of the tournament in the short term. However, there are also wider benefits that are expected to leave a lasting legacy. The various Rugby World Cup venues place host cities in a global shop window for attracting business investment and tourists. The visibility of the city's name in stadia and on television provides an advertising platform for local campaigns (at recent football World Cups all stadiums have included city-name banners). As part of their submission to host matches, host cities have also developed plans to exploit the additional exposure and investment to drive forward participation in the sport however, many have not quantified exactly how they will develop the game further as of yet.

But is participation the real 'carrot' for host cities? RWC 2015 provides England and the host cities with the opportunity to deliver a range of short- and long-term objectives. In the short-term the tournament can stimulate spending, whilst in the long-term cities aim to develop participation in sport and attract visitors and business alike.

Brett Gosper, Chief Executive of World Rugby, who organise the Rugby World Cup, has been quick to trumpet how much money the tournament will bring to the UK, claiming commercial activity, including hospitality, will contribute about £250m.

For a game that has become commercialised only in the past 20 years, and which prides itself on sportsmanship and camaraderie, the breadth of financial opportunities available to the host cities is endless. However, the Rugby Football Union (RFU) argues that the sport isn't selling out.

Perhaps that's true, but the ultimate test will lie in the Rugby World Cup's legacy. Much was expected of the London 2012 Olympic Games in boosting mass-participation in sport, yet the UK government has recently launched a consultation to find out why a post-Olympics high in sport is now on the wane.

The Coca-Cola drinks company has taken on the challenge of boosting mass-participation in rugby, running rugby-inspired activities (not all contact sports) in six cities as part of its marketing build-up to the tournament. For the country as a whole, the Rugby World Cup also has one key advantage over The Olympic Games: it's hosted across multiple cities, from Exeter in the south, to Newcastle in the north.

There's the geographical diversity of the host cities, and that breadth of appeal will have a massive impact, along with the fact that there's been greater opportunity to catch a game either live or on TV.

The real lasting legacy will not be how many individuals participate in rugby at one-off events but those who participate in rugby for years to come; who are inspired to play rugby from watching the competition. Individuals in poor economic backgrounds participate in less sport than individuals in wealthier backgrounds; however, ticket prices for the event have soared into the top 5 most expensive sporting events per game. So the key question is: With commercial organisations using rugby as a tool to advertise their own brand, who is the real winner?

There are many interpretations you could make from the Rugby World Cup legacy messages. Lessons can be learnt from previous sporting events such as The 2012 Olympics, where there was resistance to policy interpretations and a strong sense of regional and financial exclusion. Does the word 'legacy' perhaps mean something different to you depending on what role you play in the United Kingdom?

To maximise the cultural and social benefits, and create real legacy, international sporting events should look to encompass localised perspectives of those communities and individuals who consume the event beyond direct physical participation.

Jake Pryszlak is Insight Officer for the Merseyside Sports Partnership