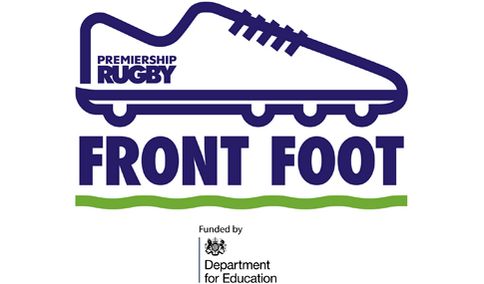 "Showing great strength and character" – a phrase often used by pundits to praise a great sporting comeback or world beating achievement. But what if professional sport could build character traits in our schools, rather than just express it through our televisions sets?

In the Government's first all-encompassing sports strategy for 13 years, which was widely praised in many circles for pledging broader support for a range of policy priorities, including health, tackling crime and education, Prime Minister David Cameron said: "Sport is good for us. It teaches our children how to rise to a challenge, nurturing the character and discipline that will help them get on in life." Now, following this strategy and as Sport England embark on a new strategy for sport themselves, new research by independent think-tank Demos has confirmed that rugby can instil character traits in primary and secondary school pupils.

Last year, Premiership Rugby were awarded funding from the Department for Education to develop and deliver On the Front Foot, a community programme specifically designed to instil character in school pupils by driving the use of the sport's five unique values – teamwork, respect, enjoyment, discipline and sportsmanship – to develop positive educational outcomes. It is a 6-week programme delivered by the community teams of 14 professional clubs from England and uses a combination of classroom and outdoor activity to develop different traits. In it's pilot year, the programme reached over 17,500 primary and secondary school children in England through the Premiership Rugby network.

The funding followed a speech from Secretary of State for Education Nicky Morgan MP as far back as September 2014, in which she outlined the importance of developing a range of skills and values that enable success in schools – described as character.

Valuing vocational activities alongside academic studies, this has significantly elevated the recognition of the role sport plays in developing later life outcomes in education, alongside other activities such as music, the arts and debating.

Following participation in the programme, the research from Demos illustrates a number of substantial increases across character capabilities associated with performance and problem-solving. Grit, a measure of resilience that incorporates self-regulation and the ability to stick to a task even when the going gets tough, increased by 7% on average.

Self-efficacy, reflecting confidence in one's own competence, increased by 9%. The two measures related to thinking one's way around a problem – problem-solving and creativity – increased by 9% and 8% respectively.

There were also significant increases in those character capabilities related to social skills. Empathy, the ability to consider another's feelings and take these into account increased by 8%. Cooperation, a measure of team-working skills, increased by 9%, team-working by 10% and leadership by 10%.

Rugby's values are what define the game. They are credited with what makes the game special and can contribute to developing positive later life outcomes of children and young people. Indeed, on announcing the Department for Education's funding on On the Front Foot, Nicky Morgan said: "All young people can learn from rugby – it teaches you how to bounce back from defeat, how to respect others and how to work together."

As the Government begins to implement this strategy over the coming weeks and months, the insights from this On the Front Foot research demonstrate that professional sport has a unique ability to inspire young people and to change lives for the better. This programme not only successfully introduced school pupils to a new sport and improved their wellbeing, but it has also demonstrated that sport can develop desired skills for later life. These results and indeed the new Sport England sports strategy are timely, given the Government allocated a dedicated budget for extracurricular activities in 25% of secondary schools in England earlier this year.

In a new era for sport, there is a terrific opportunity for sports providers and policy makers to take notice of sport's ability to enhance key employability attributes, such as problem-solving skills beyond the classroom.

The full report can be read on the Demos website here.

Wayne Morris is the Director of Community & Corporate Social Responsibility at Premiership Rugby, the body responsible for the elite rugby union division in England.