Sport and health: the unique challenge of elite sport

Sport and health: the unique challenge of elite sport 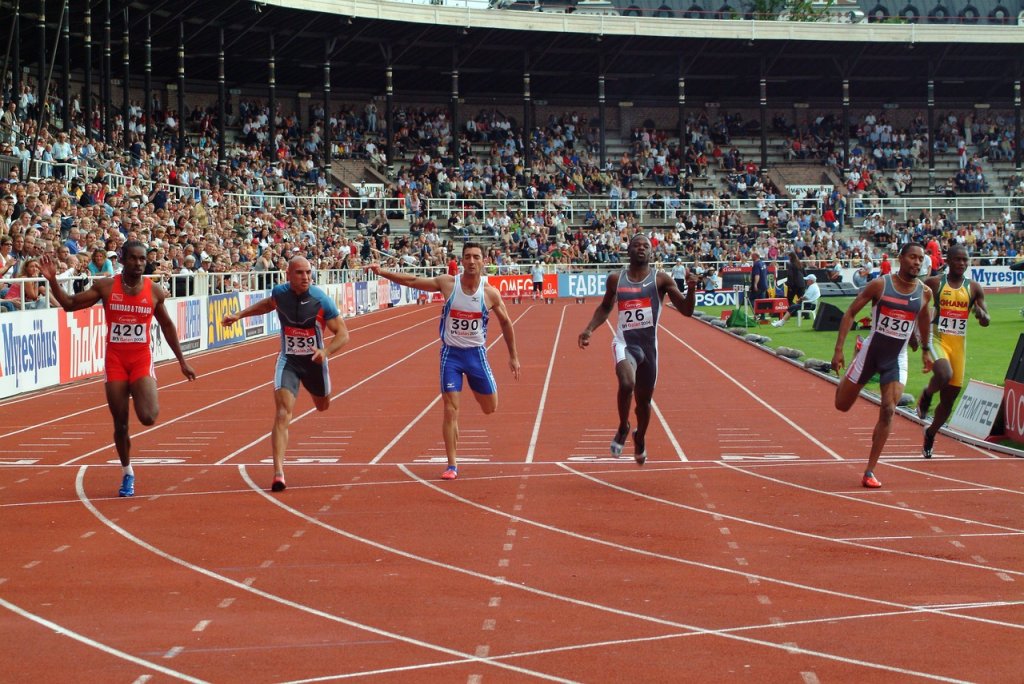 The pursuit of excellence embodies much of what we value about sport. At the highest levels of competition, athletes almost take on a mythical quality for the fans. We see them through a skewed lens of invincibility and superhuman capabilities. We watch as records fall, trophies and medals are won, and our concepts of super human limits are challenged. Elite athletes do not train to be average. They train to demonstrate superiority. They train to be better. However, in efforts to run faster, jump higher, and become stronger, athletes are often willing to jeopardise their health and wellbeing in order to accomplish their goals or reap an economic windfall.

As more scandals, injuries, and potential repercussions of elite sport continue to emerge across the world, the pressure to win at all costs has never been more apparent. While we perceive these individuals as modern-day gladiators, hidden from sight are the injuries they push through, the reliance on pain medications to keep going, the unspoken use of performance enhancing drugs (PEDs) and doping, and the potential for long-term health issues they may face.

The drive to achieve the competitive edge in sport may lead some athletes to use PEDs and doping to win. It seems you can't escape the news of yet another elite athlete using some form of PEDs or doping. No sport is safe from these issues, from watching one the most successful cyclist of all time stripped of his titles, to the steroid era of baseball, suspensions in tennis, and even a revoked medal in curling. The most recent development in this ever-evolving story of cat-and-mouse is the banning of Russia from the Winter Olympics in PyeongChang for a 'state-sanctioned doping program'. Though, admittedly, this "ban" was a bit disingenuous given that athletes from the country were ultimately allowed to compete, just not under the Russian flag – with two of those athletes testing positive for doping during the games.

The punishment for using these drugs is well known at this point, yet everyone from athletes up to the governing bodies of the organizations are willing to risk it all to win. If we accept this unstoppable drive to win, this willingness to risk everything to be the best, it is not hard to believe these athletes have pushed through much more than we realize.

Elite athletes commonly play through pain and injury over the course of their career. It is generally accepted and viewed as a normal part of sport. But does this mean we are accepting the use of painkillers to make it through the training or competition as well? Are we accepting the potential long-term health repercussions? Are we somehow OK with allowing and even providing painkillers with notable health consequences yet draw the line at drugs that may help with faster injury recovery?

The culture of sport is ultimately responsible for this. Everyone from fans to coaches to the players themselves glorify the athlete who plays through injury in a big game. They are immortalized as a "tough" player who pushed through adversity to win. This is an expected aspect of sport, as sitting out of a game or competition could meant their job is on the line. Coaches and organizations have released players for much less. The acceptance of these issues is rooted in sport and the competitive culture making it a complicated and complex issue to address.

However, this expected practice to play through injuries has recently taken a step in a new direction after the discovery of Chronic Traumatic Encephalopathy (CTE) by Dr. Bennet Omalu. This discovery has put the spotlight on the major long term and life altering effects of repeated blows to the head. Prior to the understanding and recognition of CTE (which was met with resistance), concussions were an "invisible" injury that was often played through.

After the recent incarceration and untimely death of a young American Football player, it was found that this condition can be accelerated, even in individuals under 30 of age, depending on the severity and number of the head injuries sustained. This condition can potentially alter an athlete's emotional state and psyche and can lay dormant for years posing a very serious long-term threat to the athletes in contact sports. Despite medical, technical, technological, rule, and safety advances, concussions remain a very serious threat to the health of athletes and must not be considered an acceptable 'occupational risk' any longer.

The pursuit of perfection and the pressures of elite sport may also contribute to the development of eating disorders in some athletes. While this may come as a surprise with the incredible feats athletes showcase in competition, many fight with these disorders. Most commonly affected are endurance, aesthetic, and weight class athletes who struggle to lose and keep weight off in a healthy fashion during competition. Moreover, athletes can also suffer from disordered eating after their career has ended. A drastic reduction in workload and energy expenditure can leave athletes at risk for significant weight gain and the comorbid diseases associated with obesity.

Sport is an enduring and important part of our culture and society. Besides numerous developmental, psychological, and physical benefits resulting from participation, it also has critical social and economic implications. However, elite sport presents a very unique situation. Despite the physical prowess of athletes at this level and the fact that athletes in some sports (i.e., endurance-based) have better health and longer life expectancy than the general public, there are some very real, very impactful ramifications that accompany participation on the elite stage. These athletes knowingly and unknowingly put themselves at risk. While certain aspects may be a "part of sport culture", this does not mean that these have to be accepted at face value. By working to change the culture and holding leagues, organizations, teams, management, and medical staff accountable, we can at least strive to make a safer environment, even if it is not entirely risk-free. A trend toward increased involvement of qualified sport scientists and sport nutritionists is a positive step. These individuals possess the capability and knowledge to help properly monitor athletes, assess deficiencies and risk factors, and apply training, recovery, and nutritional strategies to help them reach full potential without unnecessarily jeopardizing health.

Even with advances in understanding, educational programs, medicine, and technology, we must realize that there will continue to be at least some elevated level of risk to health in elite sport. Whether the issue is doping and PEDs, playing through injury and pain, sustaining concussions, or developing disordered eating or eating disorders, elite athletes are willing to risk their health and bodies to get that added advantage, that last step, that .01 second difference that makes them the best in the world. They willingly play the role of modern-day gladiator for the fans. And as Maximus asked the crowd in the movie Gladiator: "Are you not entertained?"