Sport and the Social Cure

Sport and the Social Cure 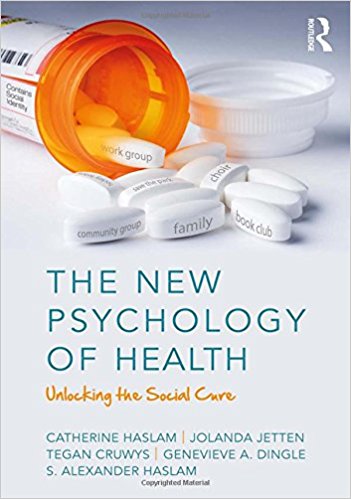 "…we have changed our environment more quickly than we know how to change ourselves." Walter Lippman

Society traditionally offers prescriptions for healthy lifestyles based on basic physical needs- keeping active, eating fresh fruit and vegetables, consuming alcohol in moderation, regular health checks etc. Organisations directly and indirectly linked to public health, including the sport sector, adhere to this narrative, promoting themselves as a means by which health policy can be delivered, mechanisms to encourage physical activity and active lifestyles. However, a new, contrasting approach to improving health emerging from the field of psychology focuses on identity in social policy.

According to academics such as S. Alexander Haslam from the University of Queensland, Australia, there is mounting evidence that social identity is crucial to human health, that it is the foundation of meaning, connectedness and belonging in people's lives, and it impacts on health and longevity to a greater extent than the isolated lifestyle choices encouraged by the health establishment. This has field has come to be known as 'social cure' research.

The value of identity provided by communities, clubs and groups is related to the sociological concept of social capital; "connections among individuals and the norms of reciprocity and trustworthiness that arise from them" (Putnam, 2000). While 'social cure' research is interested in the health benefits that group membership and belonging can bring, sport can also help deliver the virtuous and beneficial civic and social outcomes that are derived from a society rich in social capital.

Putnam's landmark book Bowling Alone traces the overall decline in social capital in the US over the second half of the twentieth century, including in sport and physical activity. His research shows an overall decline in sports participation, where there were some increases in physical activity they were generally of the type that involved playing or exercising alone rather than in groups or as part of a club that involves social interaction and civic engagement. This matches the trend seen in the UK in recent decades where overall sporting participation has remained fairly stagnant, while some pastimes have gone up in popularity while some have gone down.

Speaking about American society, Putnam writes; "…the bonds of our communities have withered, and we are right to fear that this transformation has very real costs". This toll is on our physical and mental health, and while sport has promoted itself leading with the physical health benefits of sport and physical activity, it is perhaps the social and mental health aspects on which sports organisations should focus. It's these benefits that are subordinate to the real power of sport, to bring people together in groups, help them build meaning, connectedness and identity back into their lives and rebuild the social capital that has been declining across society over recent decades.

Furthermore, according to Haslam's research, the value of a positive and robust sense of identity is not appreciated by the population at large, who are unaware of the value of individual and community identity in predicting their health. Educating the population at large on the psychological value of active group membership and being part of communities is surely an essential step toward getting people with shared backgrounds and interests together so that they can reap both the emotional and physical benefits.

What sport can offer here is vital and the sector must promote itself on this, as a mediator of community and social glue, through which people can build social identity and benefit from the boon of mental and physical health which goes with it. This may turn out to be healthier for the population than the direct benefits of physical activity upon which, sports and activity organisations currently sell themselves.