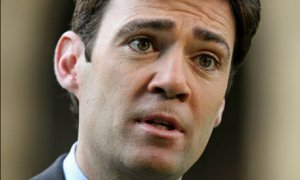 Shadow Health Secretary Andy Burnham has launched a document detailing the Labour Party's strategy on public health prior to the upcoming general election. The document covers a wide range of public health issues, including physical activity.

The pledges include: re-instating a minimum of 2 hours school PE for all children and a campaign called '50 by 25' that will ask organisations to join up and get half of the entire population active by the year 2025.