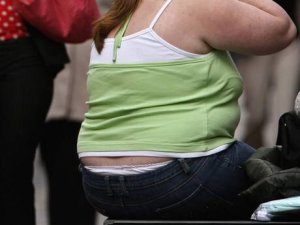 The UK has failed to make any progress in the fight against obesity over the past 18 years, a global report has warned.

Obesity has been constantly rising since 2000 and the number of dangerously overweight children of school-leaving age is at an all-time high.

The report laying out how well countries have performed while working towards global nutrition targets has said the UK is making 'no progress or worsening'. The same is also happening in the US.

And it warns more than a quarter of all adults in the UK are obese, as well as one in 10 children between the ages of five and 19.

People in the country eat too much meat and fatty food and not enough legumes, seeds or nuts, the report warned.

RT @Sport_England: People are often worried that physical activity will make their conditions worse. The @Undefeatable campaign has been created to help more people with a condition find ways to be active that work for them. #WeAreUndefeatable

RT @Sport_England: We know Storm Ciara and Storm Dennis has caused damage to some facilities and we want to help. Emergency grants are now available. More info 👇