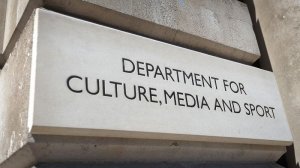 In total, five new ministerial-led taskforces have been set up to develop blueprints for how and when closed businesses and venues can reopen safely, following publication of the UK government's National Covid-19 Recovery Strategy to help rebuild Britain.

Oliver Dowden, the Secretary of State for Digital, Culture, Media and Sport (DCMS), will be chairing the taskforce responsible for the recreation and leisure sectors, and joining him in this important work is:

We are determined to do all we can to help our sectors that are such an incredible part of British life in their recovery. The Taskforce is made up of some of the brightest and best from the cultural, sporting and tech worlds. Experts in their fields, they'll be instrumental in identifying creative ways to get these sectors up and running again.

The taskforces will be crucial to the reopening of sectors of Britain's economy. They will support the renewal of DCMS sectors and help develop new COVID-19 secure guidelines for the reopening of public places and businesses, where and when it is safe to do so. The focus of the groups' work will be on:

As the nation's economy begins to move towards recovery and regeneration, the Taskforce will look to see how creative new approaches could help sectors thrive in future, building on existing channels of government support (like the Coronavirus Jobs Retention Scheme, Retail, Hospitality and Leisure Grants, a 12 month business rates holiday, and £200 million of emergency public funding through the Arts Council, Historic England and National Lottery Heritage Fund).

The first meeting of the Cultural Renewal Taskforce will take place this Friday 22 May, and will meet on a weekly basis. The work of the taskforce will be supported by eight working groups chaired by DCMS Ministers, which will include representatives from key sector bodies and organisations and focused on areas like sport, entertainment and events, museums and galleries, heritage, tourism and libraries.

The government published its COVID-19 Recovery Strategy on 11 May 2020. It set out that non-essential retail businesses may be reopened in phases from 1 June, where and when it is safe to do so, and if those businesses can meet new working safely during coronavirus guidelines.

Reopening other (currently closed) businesses and public places will take place when the science allows, and when they can meet new COVID-19 secure guidelines, which relate to their specific activities. To support the development of such guidelines, the government has established five ministerially-led 'taskforces':

DCMS is also planning to appoint a representative from our world class tourism sector to the taskforce.

The individuals experts appointed to the panel represent themselves, and not the organisations they work for. The role is unpaid.

Alex Scott is a well-respected ex-football player having won the Women's Top Division 6 times, been capped 140 times by the England Women's national team, and represented Great Britain at the 2012 Olympics. She now has a successful media career that has seen her become the first female to report at the Men's World Cup for the BBC. Scott is also heavily involved in charitable projects, working with Premier League Communities and launching the Sky Ocean Rescue and Premier League Plastic Pollution Challenge. In 2012, she opened The Alex Scott Academy, the first of its kind for women in the UK which not only focuses on training but also on working towards qualifications. Scott was appointed a Member of the Order of the British Empire in the 2017 New Year Honours for services to football.

Nicholas Serota has been Chair of Arts Council England since February 2017 and is a member of the Board of the BBC. He is currently Chair of the Durham Commission on Creativity and Education and was a Board member on the recent Cultural Cities Enquiry. He was Director of Tate between 1988 and 2017. During this period Tate opened Tate St Ives (1993) and Tate Modern (2000 & 2016), redefining the Millbank building as Tate Britain (2000). Tate also developed its national role by creating partnerships with 35 regional galleries across the UK in the Plus Tate network.

Tamara Rojo was appointed Artistic Director of English National Ballet in 2012. She combines this role with her dancing career, performing as Lead Principal with the Company. Tamara has been repeatedly recognised for her artistic excellence, with numerous awards and is a member of the Board of Creative England and Creative Industries Federation, the Anglo-Spanish Society, a Patron of the Ipswich-based DanceEast Academy, Patron of the Flamingo Chicks and Adviser to Spain's Superior Council of Artistic Studies. In January 2016 Tamara Rojo became D.A. Magna Cum Laude and was awarded a CBE for her services to ballet in the Queen's 2016 New Year's Honours.

Neil Mendoza is Provost of Oriel College, Oxford, following a career building businesses in the creative and finance sectors. He is Chair of The Landmark Trust and the Illuminated River Foundation, and recently retired as a Commissioner at Historic England. He has been a Non-Executive Director at the Department for Digital, Culture, Media and Sport since 2016 and led the Mendoza Review of Museums in England (2017). He was appointed as Commissioner for Cultural Recovery and Renewal on 20 May 2020.

Mark Cornell was appointed group CEO of the Ambassador Theatre Group in May 2016. Prior to this he was Managing Director of Sotheby's Europe and preceding that, spent 10 years at LVMH, including as President and Chief Executive Officer of Moet Hennessy USA and Chief Executive Officer of Krug Champagne. Mark has vast experience in managing large organisations, as well as successfully leading consumer-orientated brands in the UK, Europe and the United States.

Edward Mellors is Director of Mellors Group Events, one of the UK's leading events companies. The company delivers high profile city transformations and ride attractions at events across the country, including Winter Wonderlands, Christmas markets and urban beaches, as well as running a theme park and family resort in Lincolnshire. Edward has led the company's growth in international markets such as Dubai whilst continuing to oversee operations in the UK.

Martha Lane Fox is a crossbench peer. She sits on the boards of Twitter, Chanel and the Queen's Commonwealth Trust. She has served on boards of Channel 4 and Donmar Warehouse. She is the current chair of the Women's Prize for Fiction. She is the founder of Doteveryone - building a movement for responsible technology. Martha Lane Fox was Digital Champion for the UK from 2009 to 2013. In 1998 she co-founded lastminute.com and in 2005 she founded Lucky Voice.