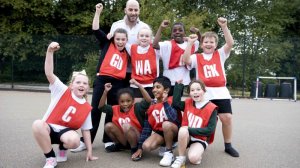 Minister for Civil Society and Youth Baroness Barran has today announced that the Government will invest an additional £2 million into the #iwill Fund, which will be matched by The National Lottery Community Fund to create thousands of new volunteering, social action and community activities for young people.

Since its launch in 2016, the #iwill Fund has used a £54 million joint investment between the Department for Digital, Culture, Media and Sport and The National Lottery Community Fund, in collaboration with over thirty funders, to create more than 650,000 engaging opportunities for young people led by hundreds of programmes across the country, with a particular focus on benefiting those from disadvantaged backgrounds.

For example, thanks to the #iwill Fund:

The announcement was made by Baroness Barran during a series of visits to mark International Youth Day, underlining the Government's continued support for young people.

The Minister visited Urban Foxes, a project by Leicester City's charitable arm Leicester City in the Community, which engages young people through a range of urban sports such as skateboarding, parkour and BMX, and has seen strong interest so far, with the prospect to grow following the successful Tokyo 2020 Olympic Games. The project is offered by Premier League, who have match-funded £1.5 million into the #iwill Fund.