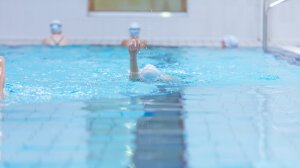 Team GB's decorated Olympic swimmers hope their success inspires the next generation to take up the sport – but have called for more funding to help clubs and facilities be financially viable.

Adam Peaty and Luke Greenbank were part of the Men's Medley Relay team which picked up Britain's eighth swimming medal of the Tokyo 2020 Olympics – their highest total in the pool since the London 1908 Games.

And while they both are keen to see more people join swimming clubs, they said more investment in the sport is required.

Peaty, who became the first British swimmer to retain his Olympic title when he won gold in the 100m Breaststroke, said: "Sport needs money, everyone knows that.

"So there needs to be more investment than ever, to secure the next generation, especially in swimming where you've got swimming clubs who have to raffle and fundraise on their own."

Backstroker Greenbank, who also won a bronze medal in the individual 200m race, said: "From my personal perspective, I keep in contact with my old club (Cockermouth).