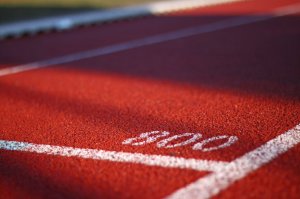 Funding, facilities and the lockdown hangover take toll on recruitment despite Tokyo uplift.

Britain's sports clubs have been battered by the pandemic, but Alex Yee is hopeful that his two Olympic triathlon medals will help rekindle desire to take part in sport. "I've seen so many people saying that they want to be a triathlete, and they want to go to the Olympics now – that's amazing to see," he said. "And I guess now the issue is: where do they go?"

It's a good question. Many sports clubs are in a precarious position, including Crystal Palace Triathletes in south London, where Yee took up triathlon as a nine-year-old – the start of a career that has led to a gold medal in the mixed relay at the Tokyo 2020 games and silver in the men's event.

Wall-to-wall coverage of the Olympics usually translates into a huge boost for grassroots sports, as children inspired by their new athletic heroes take up sports. This time, however, the anticipated post-Olympics boost is taking time to filter through.

Crystal Palace Triathletes had 60 members in its juniors section before Covid. That fell to 30 during the depths of lockdown and has only recovered to 43, according to Audrey Livingston, the club's chair who was one of Yee's coaches in his early years.

"It's not a quick process," she said. "There is always an uplift after the Olympics but it might not be till the new year. It takes a lot of groundwork."

Grassroots sports clubs lost 60% of their members during the lockdowns, according to a survey for the Sport and Recreation Alliance by researchers at Sheffield Hallam University, and although clubs reported they expected to recover to about three quarters of their pre-pandemic membership, that will require a vast amount of effort and substantial funding.