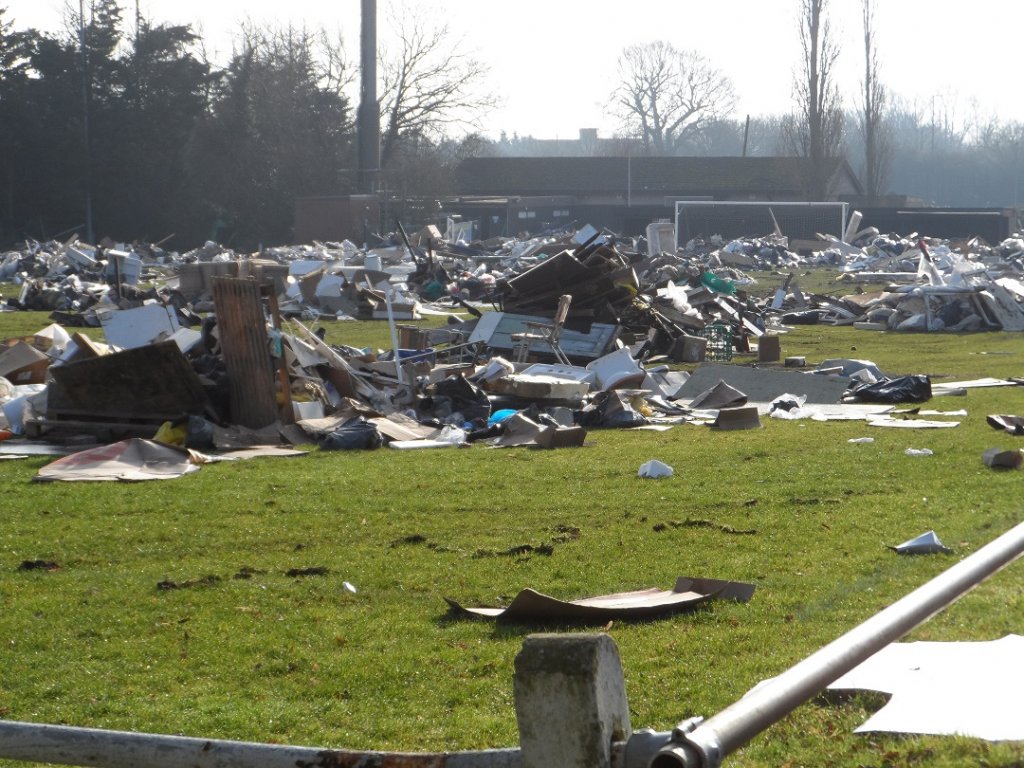 One of the basic requirements of a civilised society is that the law and enforcement agencies will protect the innocent and ensure that right and justice prevails.

That is until it comes to one of the scourges of the modern age, fly tipping: when a third party can break into your property, claim squatters rights and then proceed to dump tonnes of domestic building waste. Meanwhile because the police are apparently powerless to intervene you have to spend precious time going through the courts to acquire the necessary orders to evict them.

What happened to London Playing Fields Foundation in early February is a valuable lesson for all playing field providers out there. Out of the blue we became the latest victim of industrial-scale fly-tipping when a group of intruders broke into one of our grounds in Greenford and covered an entire football pitch with rubbish.

They claimed squatters' rights and stayed for ten days, leaving damage estimated at more than £100,000 in their wake. Despite attending twice during this time, local police officers took no affirmative action.

Although we have insurance cover, the amount of fly-tipping goes way beyond any normal provision and the compensation pay-out will probably just be a fraction of the actual cost of clearing the site. The rubbish comprises mostly domestic building waste, and it is clear that a highly organised and sophisticated criminal operation is at work. Having secured the site, the intruders knew that they had several days in which to cover the site with rubbish before we were able to get rid of them through the courts.

As a charity set up for the common good, to protect, provide and promote spaces for people to play sport, we are intensely frustrated that we are left to foot the bill for an obvious criminal act in which these trespassers acted with apparent impunity while the police appeared to be powerless.

This whole episode has made us realise how vulnerable playing fields are to this type of criminal activity. And what makes it worse, being a charity not funded by the council tax payer but instead dependent on hiring income, we now have a pitch that we can no longer rent.

This is far worse than a bit of fly tipping in a car park or down a country lane. The extensive damage to the pitch and serious vandalism to the pavilion, where all boilers and pipework were ripped out, means that it will be a long time before the pitch and ancillary facilities will be fit for use. And spare a thought for one of our resident clubs, London Tigers, who have been forced to find an alternative home venue for the foreseeable future.

Nationwide it is estimated that this £1billion racket cost over £50million in 2016 and of the 315,000 cases launched by Councils only 2,135 cases came to court. The average fine was £370. This is a pitiful response to what is an epidemic so isn't it about time that the Government changed the law, strengthened enforcement measures and ensured that the punishments meted by the courts fit the crime? Until it does the innocent will continue to suffer.

RT @parnell_daniel: Youth sport in the time of COVID-19: considerations for researchers and practitioners

'Government urged to introduce vouchers tax and breaks for gyms, leisure centres and swimming pools'. Whilst welcome would suggest a proper sport and physical activity wide scheme for the whole sector
ow.ly/2ZI250AzMdk

RT @SarahBFraser: Please understand motivation and inspiration are not the only factors in behaviour change. Our systems let people down every single day. It is not easy, or people would. There needs to more support and less ‘look at me, I’m so good’, preachy people twitter.com/bbcr4today…

RT @tphollingsworth: Details of our review of Code for Sports Governance together with @uk_sport -200 sports bodies already assessed against current Code driving real positive reform. But time is definitely right for us to seek to renew - not least to drive further increases in diversity & inclusion twitter.com/Sport_Engl…