The combination of LSEP, New Opportunties Fund and SRB5 support has allowed us to build a flexible, accessible centre offering many new services and adding value to the youth work which currently takes place on this site - Paul Quinn, SRB5 Programme Manager, Leicester City Council 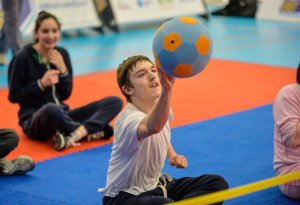 There has been "little progress" in recent efforts at tackling barriers to participation in sport and physical activity in England, says the latest Public Accounts Committee Report. (PAC)

In the report, the PAC said it was "not convinced" the government's approach is effective.

We were grateful to have the opportunity to submit evidence to the committee and we aren't surprised at some of the findings and comments.

Whilst much of the response has been to dismiss the Report (and we are amongst those with heavy criticisms) we have also been at the forefront of learning from Failure in helping establish the #FWord initiative.

We must therefore look at why the sector has been deemed to have 'failed'. If that is a perception amongst politicians - even at a superficial level, then it must be taken seriously. When it comes to further and future funding these Reports remain in the background and the headlines do have an impact.

Our sense is that we need to accept that overall we have not delivered the grand ambitions of the dream of a generation inspired by the hosting the London 2012 Games. We can argue about participation numbers and depending on the your starting date we can actually argue either way on whether there has been any growth. As the Report highlights DCMS stopped stopped counting using the same methodology in 2016 anyway.

The problem with these Reports is a need to find some blame! As we noted in our evidence nothing is quite so simple. There have been multiple factors which have led to our current situation. Even deciding 'where we are' is in itself contentious. There have been numerous changes of government, Ministers, Policy, Funding, and strategies from both DCMS and Sport England to define what the lottery and treasury investment is trying to achieve. There are lessons to be learned and they reinforce much f what we have been saying for the last decade. We genuinely need a decade long cross party commitment to a clear strategy for what we want sport and physical activity to achieve for its investment and then a consistent and joined up cross government response and delivery! Any problems identified by the PAC are not the fault of any individual, department or administration, but multiple factors. There were some strange headlines too - like criticising Sport England for not knowing where (geographically) it investment was going. Sometimes the lack of deep understanding of politicians into delivery means we don't get proper oversight and accountability. It is a subject we need to keep returning to. And in light of the latest help announced by the government for helping business with the energy crisis it is worrying that a trend of undervaluing the sector has been re-inforced. It seems libraries are protected but swimming and leisure are not. We have nothing against libraries but swimming pools in crisis is surely bad optics for any government who says it is committed to sport and physical activity.

We would love more thoughts from across the various parts of the sector. What have we learned from this report. What challenges us. If investment in us is being reduced to the level of funding put in and the growth in participation we have problem!