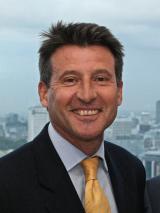 Sebastian Coe is Chair of the British Olympic Association. A life Peer, he is now known for his successful political career and his crucial role in bringing the Olympic Games to London in 2012, but he first came to the attention of the world as the fastest middle-distance runner of his generation. From sport, he then moved into politics, becoming a Conservative MP and serving in John Major's Conservative government from 1992 to 1997. After the Conservatives lost the general election he became chief of staff to new party leader William Hague (1997 to 2001) before being made a life peer and moving to the House of Lords. 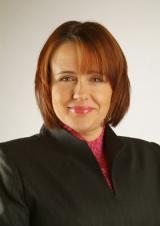 In Seoul in 1988, Tanni first represented Great Britain in the course of amassing her total Paralympic Medal tally of 11 gold, 4 silvers and 1 bronze. Since her retirement, Tanni has continued to be involved in sport. She is a director of UK Athletics and a member of the board of the London Marathon.

In 2008 Tanni was appointed as a member of Transport for London, where she chairs the Environment, Corporate and Planning Panel, and is a member of the Surface Transport and Safety, Health and Environment Assurance Panels.

In 2010 Tanni was appointed to the House of Lords, where she serves as a non party political crossbench peer. Tanni took the title Baroness Grey-Thompson of Eaglescliffe in the County of Durham. 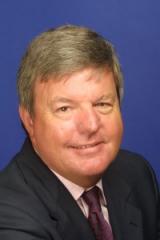 Sir Keith Mills was born and educated in the UK. In September 2003 he was appointed International President and CEO of London 2012, the company that was established to bid for the 2012 Olympic Games. Sir Keith led the team and along with Lord Coe was responsible for developing the bid strategy and persuading the 115 IOC members that London should be granted the rights to host the Olympic and Paralympic Games in 2012. On 6 July 2005, in Singapore, London beat off competition from New York, Paris, Madrid and Moscow to win the 2012 Olympic and Paralympic Games.

Having established the London 2012 organisation which planned and organised the Games (LOCOG), Sir Keith remained as Deputy Chairman alongside Lord Coe to oversee operations. Sir Keith is a non executive director of Tottenham Hotspur Plc and a director and investor in a number of small private companies. Sir Keith also chairs the sport for development charity – The Sported Foundation.

Sir Keith was appointed Deputy Lieutenant of Kent in September 2008 and in the 2013 New Year Honours was awarded the Knight Grand Cross of the Order of the British Empire for delivering a successful Olympic and Paralympic Games. 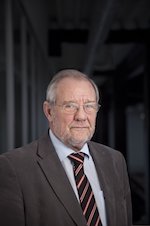 Richard Caborn is a British Labour Party politician who was the Member of Parliament (MP) for Sheffield Central from 1983 to 2010. He was appointed as the Prime Minister's World Cup Ambassador in June 2007 and is the Government representative on the Football Foundation Board. He is also the President of the UK School Games, the English Amateur Boxing Association and the Youth Hostel Association.

Richard is a keen amateur sportsman, playing golf, football and cricket. He also runs many 10k's and half marathons and in 2005 successfully completed the London Marathon.